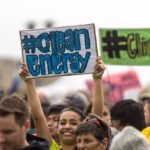 We offer tours to the public. Reservations are required. For schedule, fees and details, go here: Tours Page